Government of the Virgin Islands of the United States 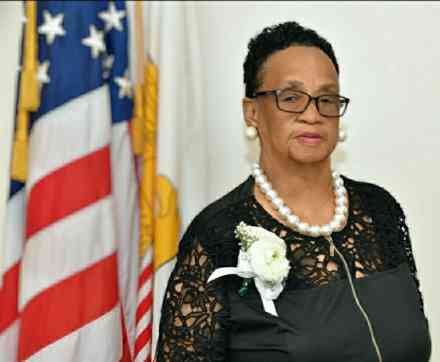 Attorney Judy M. Gomez, member of the Virgin Islands Board of Education, is a woman for all seasons. She has answered many calls and has risen to the educational needs of her island community in a variety of areas.

Born and raised on the island of St. Thomas, in the Virgin Islands, Judy M. Gomez is the mother of one son and the grandmother of his three precious off-springs.

She received her early educational training on the islands of St. Thomas and St. Croix, in both the public and private school systems. In 1967, she graduated from St. Peter and Paul Catholic High School. Judy M. Gomez began her secondary academic pursuits at the University of the Virgin Islands and graduated in 1977 from Morgan State University, where she earned a Bachelor of Science Degree in Elementary Education and was inducted into the esteemed Kappa Alpha Mu National Honor Society.

Member Gomez returned to St. Thomas and worked as an elementary school teacher for 11 years in the Virgin Islands’ Public School System. Her quest for further knowledge and her desire to serve in another capacity led her to pursue a law degree at Howard University in Washington, DC, where in 1983, she received a Doctorate of Jurisprudence.

With a keen interest in the future of the territory, Gomez was first elected as a member of the Virgin Islands Board of Education in 1990, and served for one term as secretary. In 1992, she was elected as a senator of the Virgin Islands Legislature and served with distinction for 8 years. During her tenure, Senator Gomez held several positions of leadership including Vice President, Legislative Secretary, Chairperson of the Education, Youth and Human Services and Finance Committees. Her service also included membership on the Law Revision Commission, and Liaison to the White House. In November of 2004, she was re-elected to the Virgin Islands Board of Education and served as Chairperson, from 2004 to 2006. She presently co-chairs the Policies and Rules Committee with Member Janis Essanasson.

In 2002, Attorney Gomez also returned to the Virgin Islands Department of Justice as the Coordinator of Special Programs, with the responsibility of coordinating crime prevention programs. Currently, she serves as an Assistant Attorney General in the Criminal Division.

Additionally, she is credited as founder or sponsor of several organizations. Among her activities and programs of interest are: Students Promoting Awareness, Responsibility, Knowledge and Service (SPARKS), a youth group for high school students; Strive Onward To Academic Excellence, an elementary school scholarship program, Moms Raising Sons, a support group for single parents; Virgin Islands Promise, an affiliate of America’s Promise and The Junior Assistant Attorneys General Program, a mentorship program at the Virgin Islands Department of Justice. She has received a number of awards and commendation for her work with children and has been honored by Miracle Babies Support Foundation, The Virgin Islands Bar Association, The American Federation of Teachers and the local chapters of Iota Phi Lambda Sorority, Delta Sigma Theta Sorority, and Alpha Kappa Alpha Sorority.